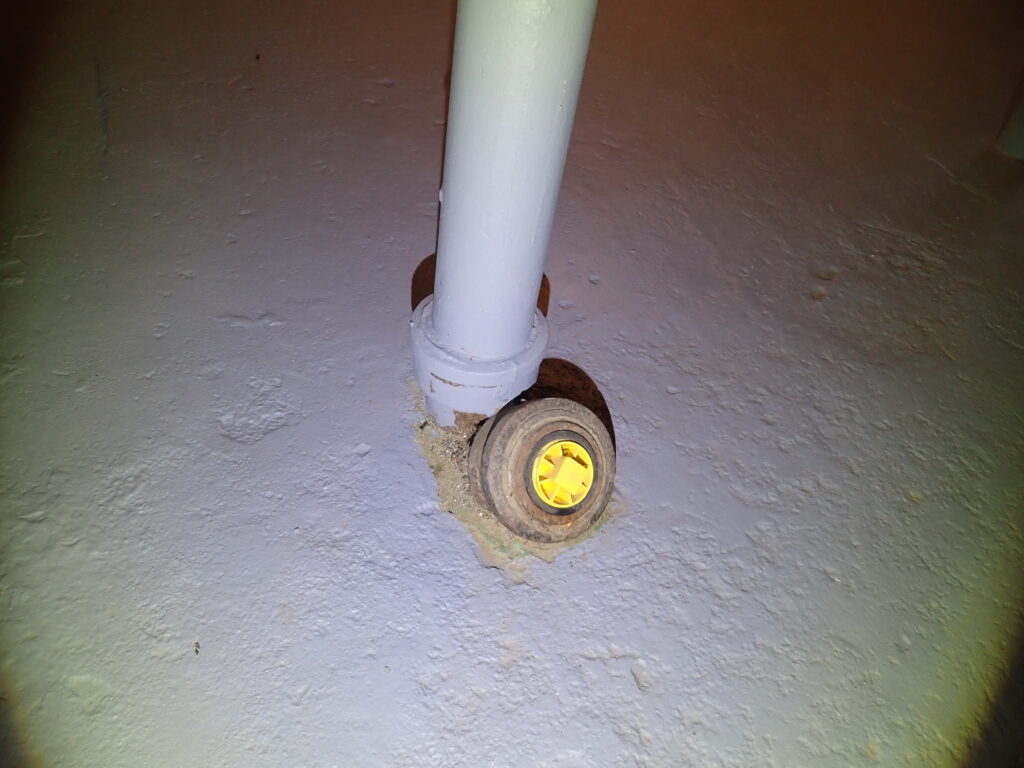 How to identify sewer line problems: I had a client this week that had a sewer inspection conducted on a home they were buying.  The Plumber ran a camera through the line and found a significant amount of root growth in the main line out to the street.  He came to the conclusion that the line was in such bad shape that if he attempted to remove the roots, the line would collapse.  Obviously, my client worked with his Realtor® and asked the Seller to replace the line before signing off on the purchase agreement.  To their surprise, the Seller refused and has put the house back on the market without addressing the issue!

Who’s Responsible For the Sewer Line?

The sewer line is the responsibility of the homeowner from the home all the way out to the street where it taps into the city’s line.  Replacing a sewer line can cost the homeowner anywhere from $3,500-$5,500 on an average line.  If the street needs to be ripped up to replace the line, then the homeowner will have to pay for the street to be repaired also.  During a real estate transaction, if a Buyer finds a problem with the sewer line after they move in, it becomes extremely difficult to place the onus back on the Seller.  Many times, the Seller honestly did not know the sewer line had problems.  That is why it can be so important for the Buyer to have the sewer line scoped on any home 20 years or older.

Types of Sewer Lines and Their Problems

The most common types of sewer drain lines in the US are cast iron, asbestos cement, Orangeburg, clay, and plastic.  To give you a time line of when the different types of piping were installed: Cast iron piping was installed in the earliest houses that had plumbing through to the 1940’s until WWII started to deplete our iron and steel resources, Orangeburg was used heavily during WWII, asbestos cement, clay, and cast iron were laid mainly in the 1950’s-1970’s.  Plastic became the builder’s premier choice in the 1980’s and is obviously most common today.  Cast iron has a relatively long longevity but eventually rusts and either develops holes or clogs the line.  Anytime you see “rust mounds” on a cast iron pipe, that is a telltale sign that the line has developed a hole all the way through.  It may not actively leak when you run water down the line, but rest assured that is just a matter of time and that line does need to be replaced.  During the war effort, a product made of tar paper, called “Orangeburg” became popular with the builders.  The product served its purpose during the war, but was not made to last.  Orangeburg pipe blisters, peels in layers, and collapses.  If you ever have seen an Orangeburg line scoped or dug up, you’ll know that the line becomes squished down into an oval shape because the tar paper was not designed to take on weight over a long period of time.  It is not uncommon to have to replace the entire Orangeburg lines.  In the 1950’s through the 1970’s cast iron, asbestos cement, and clay piping was used.  Even though asbestos cement drain lines are strong and have great longevity, production of building materials made of asbestos was banned in the late 1970’s.  Clay piping can be installed two ways: with tar wrap and without.  Trees are not attracted to tar and the roots will stay away from it.  Clay piping came in usually 6’ lengths, but varied from 3’-10’ sections.  The connections on clay piping leak.  If the line does not have tar wrap, tree roots will flourish and cause major problems.  Plastic piping became popular in the 1980’s and has become the preferred choice in today’s new construction.  Plastic lines will not corrode away, do not leak water if their connections are good, and will virtually last a lifetime.

If the home you are inspecting lies in a developed neighborhood that is typically 20 years or older, the sewer line may have some issues.  Remember, the sewer line normally runs between the street and the front side of the home.  Look for well-developed trees or large shrubs that are growing in the front of the home.  Don’t forget to look for stumps too.  Roots always gravitate towards water.  If the sewer line leaks, even a little bit, roots seem to always find their way.  If the clean out on the main sewer drain line inside the home does not have any wrench marks on it, then it is a strong sign that the line has never been cleaned.  If you are looking at a cast line and the cast clean out cap is corroded and rusted shut, yep…you guessed it.  If the clean out cap has been replaced and is now plastic on a non-plastic line, then that is a good indication that the line has been cleaned.  When you fill your tub and pop the stopper, on a clear line you should be able to hear air rushing down the pipes and a strong suction at the tub drain.  If the drain suction is weak, if you hear gurgling, or if the water seems to drain in increments (starting, stopping, starting again) then the line may be clogged.  If your water is backing up in your basement floor drain, then it is a strong indication there is a clogged line.  Note: these signs do not always mean the main sewer drain line is clogged.  There could be other drain lines inside the home that are blocked.

Tree roots, foreign objects, grease, sags in the line, fatigue failure, structural damage, and damage done by a contractor unintentionally are the most common problems with sewer lines.  The only accurate way to know the true condition of the sewer line is to see the inside of that line.

For $185-$350, you can hire a licensed Plumber to run a camera through the line.  The cameras cost over $10,000 and good ones can record the entire process and allow the Plumber to email you a link of the video right at the end of the scope.  This is the best way to know the true condition of that line and is irrefutable evidence to all parties involved.

If the line appears to be in good condition, but clogged with tree roots, racket balls, grease, whatever, then the Plumber can insert a high-pressure water cleaning system into the line and bring it back to good shape.  The system can cut through tree roots and if used right will not damage the line.  This is true of even clay sewer lines.  The cost of this type of cleaning can run $650-$900 but is a whole lot cheaper than replacing the entire line if the line is salvageable.

You can also have the line “snaked” for a lot less cost.  Running a cable and ramming it through the sewer line may free up a small diameter and allow the water to drain, but it usually does not clean the line of all of the debris.  If roots are the cause of the problem, then cabling the line may temporarily open up a small diameter hole, but the roots will quickly overtake the opening again.  “Snaking” the line usually is a poor quality solution to the problem and the Plumber will need to be called back every 6-12 months to re-open the line.  Not to mention, if the sewer line is made of Orangeburg or clay, ramming a steel cable into it may be further damaging the line.

If the camera reveals a collapsed line, a deteriorated line, or brittle line, then the line or a portion of the line will unfortunately need to be replaced.

Many thanks to Scott Wichert of Wichert Pipe & Sewer Cleaning, A Division of Dan Kracht Plumbing, Inc. in Omaha, NE for sharing his invaluable knowledge for this article.  He can be reached at 402-679-4092.