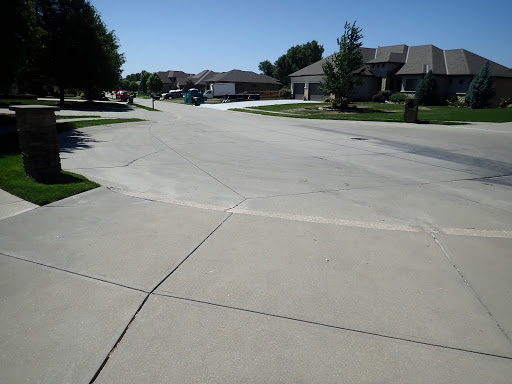 Ever wonder how a driveway can push a house? This article explains what street creep is, how to detect it, and how to prevent it.

What Is Street Creep?

As a home inspector, I find evidence of street creep about 3-4 times a month on newer and existing homes. This occurs when the street has pushed the concrete driveway into the garage floor causing movement. Sometimes the movement can be minor causing hairline cracks in the garage floor and foundation wall, while other times the force has caused major buckling of either the driveway and the garage floor as well as pushed the foundation wall significantly out of alignment impacting its structural integrity. If a driveway is lacking properly installed expansion joints, then having a licensed contractor install a few expansion joints before the movement occurs can save homeowners thousands in repairs
down the road.

Characteristics of Concrete in relation to street creep

Where can you find driveway creep?

The worst-case scenarios of driveway creep are found on houses with driveways on the downhill side of the curve in a street, at the bottom of a circle, or a house that is unfortunately located at the downhill end of a street that T’s into another. These scenarios will bare the brunt of most of the force of the movement, as the concrete naturally wants to shift downhill. I’ve also seen less serious instances of street creep commonly on homes that simply have inadequate expansion joints or lack expansion joints regardless of where they are situated in regards to the street. Street creep is not found on gravel driveways or asphalt driveways, but is found on concrete driveways covered over with asphalt.

How to prevent street creep